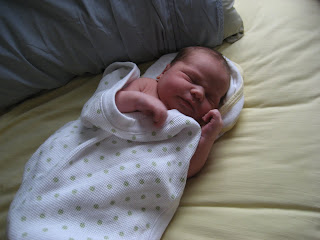 We love our little boy, Levi. He is such an amazing gift from God!!! All these pics were taken his first 2 days of life.
We are learning a few things about him. 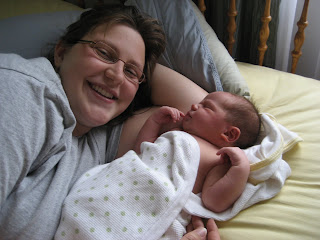 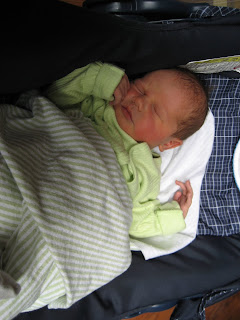 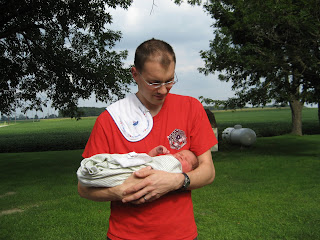 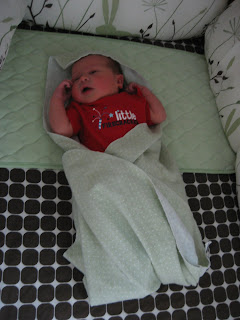 Posted by Unknown at 3:41 PM No comments:

last night i started having contractions pretty steadily around 10:15...dave was trying to go to sleep and i was getting scared, giddy, excited all at the same time and kept waking him up. and i thought it was hilarious that the baby would probably be born this morning, on its due date...haha...and then at 11:15 they went away. i don't know if it's cuz i was just laying down and not doing much to keep them going or if they just didn't want to stick around :( anyways, i woke up this morning feeling a little contraction-y still. but not too much is going on. we have our 40 week midwife appt. at 4 today so dave will be coming home from work early for that. i'm really hoping i'll just go into labor and the midwife will come here instead. ha.
Posted by Unknown at 7:47 AM 1 comment: 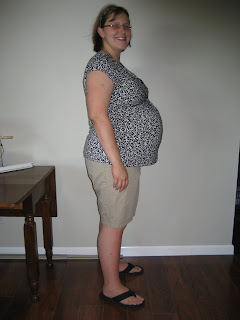 ...from the due date. yesterday i had a fleeting thought that maybe the baby is waiting to make its arrival right on the exact due date because it is going to be a perfect, precise little thing like its father. :) i hope i'm right. because the thought of like 2 more weeks of living on pins and needles waiting for it to arrive is kind of overwhelming. ...and if the child is a precise, perfectionist, its life might be easier in some ways. for example, yesterday i decided to spray paint some picture frames black and white. the 2 i did look horrible. dave came home and did 1. and it looks like a factory paint job...only like 9 more frames to go. and if the baby hurries up and arrives then maybe dave will finish them while he's off work :)

i am absolutely exhausted today. i have already taken 2 naps and all i've accomplished is reading a little in a book, eating lunch and doing half a load of laundry (i.e. it still needs to go in the dryer...) and since i woke up from my second nap i feel like vomiting up my lunch. ugh.

i'm looking forward to meeting this little baby. and i'm trying really hard to not complain. i have done a pretty good job throughout the pregnancy but it is getting hard now. i need to remain grateful and stop whining.
Posted by Unknown at 2:18 PM No comments:

...that i've been predicting the baby will be born (and both our moms too). of course, i'm not really seeing a ton of signs pointing towards that actually happening, but we still have 11 hours till midnight, so maybe...?

i have been feeling a lot more tired the past few days yet i've had trouble sleeping at night (mainly i lay there kind of panicking because i'm so tired and i'm afraid my water will break and i won't get to sleep and i'll have to face labor in a state of total exhaustion).

last night i mowed the yard hoping to put myself into labor. haha! and then there's also the fact that this evening is the full moon which many women say is a popular time to go into labor. so...here's hoping.

i am not necessarily looking forward to labor. i've heard about a billion horror stories from people to make me pretty apprehensive, but i'm trying to remain calm. there's only 1 way that we will get to meet our baby, after all. allowing it to be born...and the other night dave & i were discussing it and likened it to vomiting. you never really want to throw up, but your body just sort of takes care of it when it needs to and you have no choice but to go along with it. it might be horrible to go thru and sometimes you spend hours rolling on the floor in misery before it happens, but once it does, you feel much better. i like to think that labor will be similar and i'll be able to deal with it in a somewhat graceful way.

at church today i was bombarded by people asking how i'm doing and when the due date is, etc, etc. the best was the "you're still here?" and the "i heard you're having a midwife" followed by a look of horror and "why would you want to do that?" hhhhh....nice...but the best was "i thought you weren't due till september!"

as dave so eloquently put it the other night...

...any day now we will receive a gift from the creator of the universe. Our heavenly Father has knit together a little baby just for us and we will receive it very soon. How amazing a thought is that?
Posted by Unknown at 11:01 AM No comments: